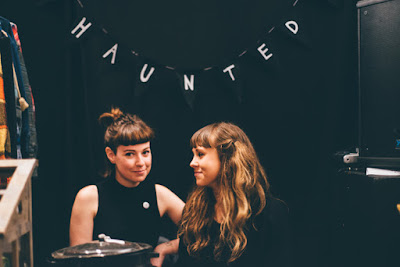 - Brad de Roo, who will probably be working late in the Bookstore on the 10th to showcase some local publishers and presses among our busy shelves

How did the Night Market originate? What brought about its creation?

In the past, we’ve always worked well together. Throughout our ten year friendship we’ve always schemed; collecting American coins to get us across the States in the old Tercel or drawing up business proposals for our dream cafe.

After moving back to Guelph, the two of us were seeking the perfect project since we were reunited in the same little city. Our number one goal, besides working together, was to enable our hard working pals in their efforts to do what they love... while paying the rent.

Have you been surprised with how it has been received so far?

Holy moly...yes! When we rented the Making Box space for our first market in October, we were crossing our fingers we’d break even. Looking out the window on the night of, our hearts nearly exploded; there was a line of umbrellas all the way to Quebec Street. Our attendance was over eight hundred and we couldn’t have felt more connected to our city.

How do you choose vendors? What are some of the stipulations, frustrations, challenges, joys of choosing?

Choosing vendors is an overwhelming and awesome task that we feel privileged with. When people enter the market space we want them to feel excited. It’s easy to become enamored with online folks who create cool stuff and we’re by no means against this method of sharing, but there is something truly special about connecting directly. We aim to bring together a collection of vendors that will ignite the same feeling that we get while reading their application. A huge challenge for us is space… it’s limited downtown. Capacity and accessibility are important to us, but it has been hard to find landlords who will take us and this puts a damper on the amount of tables we’re able to house.

What does the Night Market offer that other shopping experiences do not?

Shopping at the Night Market is different because it provides you with an opportunity for more than one meaningful connection with vendors. We try our best to provide a warm and inviting environment that lands between farmers' market and thrift shop; somewhere anyone can go and find something with a story.

How will the Night Market at the eBar differ from past markets?

Our pop-up style is on purpose, being in a different space each market is exciting. Making new connections with local businesses makes us feel more grounded in our community. With the bookstore-bar-restaurant combo, the space is unconventional for an event like ours. Having the ability to “take over” for a night keeps it interesting for us, and hopefully that feeling extends to vendors and folks attending. The eBar/Bookshelf has been amazing to partner with - the space is a Guelph institution. We’re really looking forward to the event.

What about handcrafted objects speaks to you?

Creating, collecting and curating are extremely personal acts. We think the vulnerability behind sharing those things is extremely important and beautiful.

We’re suckers for the connection between things and stories that inspire and challenge us.

What are your future plans for the Market?

Our main focus at the moment is to keep our momentum rolling and keep the community engaged in what we’re doing. Our future goals are to run the Night Market seasonally and hopefully in larger, more accessible venues within the downtown core.

Do you have any dream vendors?

We both have so many art crushes, it would be hard to list all of our existing dream vendors. A cool thing happened this time however, when group of U of G Studio Art students collaborated so that they could table. SADSATURDAZE became an instant dream vendor, with their weirdo assortment of buttons, prints, zines and patches that re-interpret the everyday mundane in a humorous way. We love this.

Advice from us two goofs? Lol. Organization, curation and a clear concept of what we want to accomplish have been key to our market planning. Keeping true to our values has kept straight & narrow, and led us to amazing opportunities like our sponsorship from the Stone Store (yay local businesses!).

What would you never sell?

Anything else we should know?

Ya, we’re still new to this and we’re working out the kinks. Also! Thank you Guelph for all of your support, it means a lot. Also!! We need help finding spaces in the downtown area. Please please email us if you have an available space at guelphnightmarket@gmail.com.
Posted by Bookshelf Blogs at 4:31 PM 3 comments: 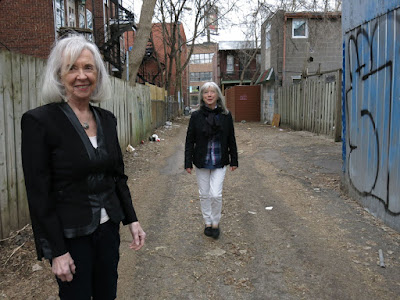 Hillside Inside and the Eden Mills Writers’ Festival
present

Reading followed by a Q&A, book-signing and fan photo opportunity

Tickets: $12 + HST from the Bookshelf and ticketbreak.com


Mountain City Girls, written by Anna and Jane McGarrigle - sisters to Kate McGarrigle - is a charming and intimate family memoir. The folk music duo of Anna and Kate McGarrigle produced some of the most memorable music to come out of the North American folk scene in the past 35 years. They are fondly remembered by their devoted fans as brilliant, insightful songwriters with incredibly luminous voices. Their sister Jane managed her younger sisters’ music careers from the late 1970s to the mid-1990s. During this time she co-wrote several songs with the duo and performed with them in the studio and on tours of Canada, the United States, Europe and Australia.

Interspersed with lyrics and photos, Mountain City Girls captures the McGarrigles' lives, idiosyncratic upbringing, and literary and musical influences. No one can tell the story of the McGarrigles better than Anna and Jane, or in such an affectionate and captivating way. 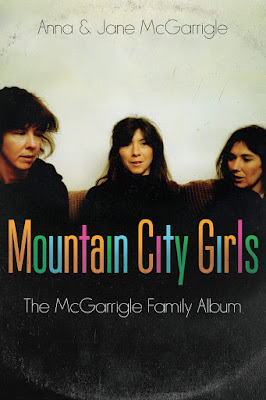 Posted by Bookshelf Blogs at 6:01 AM 9 comments: 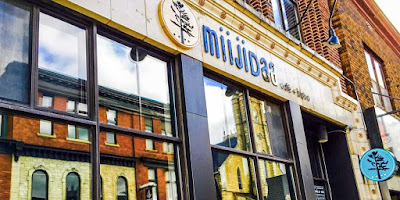 Heraclitus told us centuries ago that there is nothing permanent except change. In that spirit we are excited to announce the next step in our ongoing collaboration with Miijidaa, the restaurant adjacent to The Bookshelf.

Beginning Tuesday January 12, Dinner and a Movie will prepared by the Miijidaa kitchen and made available both in our 2nd floor eBar bistro and downstairs at Miijidaa. Have a look at the Miijidaa menu HERE.

We are looking forward to great movies over the next months, so… Let’s Eat!
Posted by Bookshelf Blogs at 9:24 AM 204 comments:

PAINTED LAND: IN SEARCH OF THE GROUP OF SEVEN 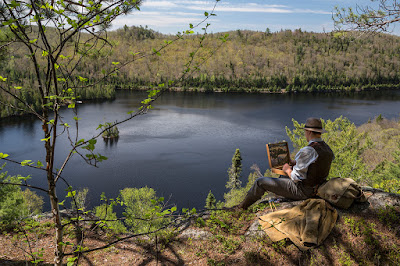 As I am writing this there is a bright blue sunny sky and it’s cold out. But let’s face it, the last two months in Guelph have been pretty grey and gloomy. That’s why if you see Painted Land your spirits will be lifted and your hearts warmed. In this documentary, back by popular request, outdoor lovers Joanie and Gary McGuffin, along with art historian Michael Burtch go in search of the exact location where many Group of Seven artists painted some of their stunning landscapes. Archival footage, photographs and voice over from letters are sewn in so expertly you feel you are in history.

Such a joy to see Lawren Harris, JEH Macdonald, AY Jackson, Frank Johnston, Arthur Lismer, Frank Carmichael and AJ Casson travel the box car to Algoma. The real scenery is so beautiful and it’s incredibly exciting when the art lovers actually find the exact spot where the scene for each painting has been been taken in and recreated on canvas. But here’s what amazed me: a full bright screen with a Tom Thomson painting is so inordinately beautiful that you will understand why art is so important! Yes, nature is spectacular but sometimes art takes every bit of its beauty and intensifies it.

Painted Land is back for a second run beginning Saturday January 9 at 2 p.m.