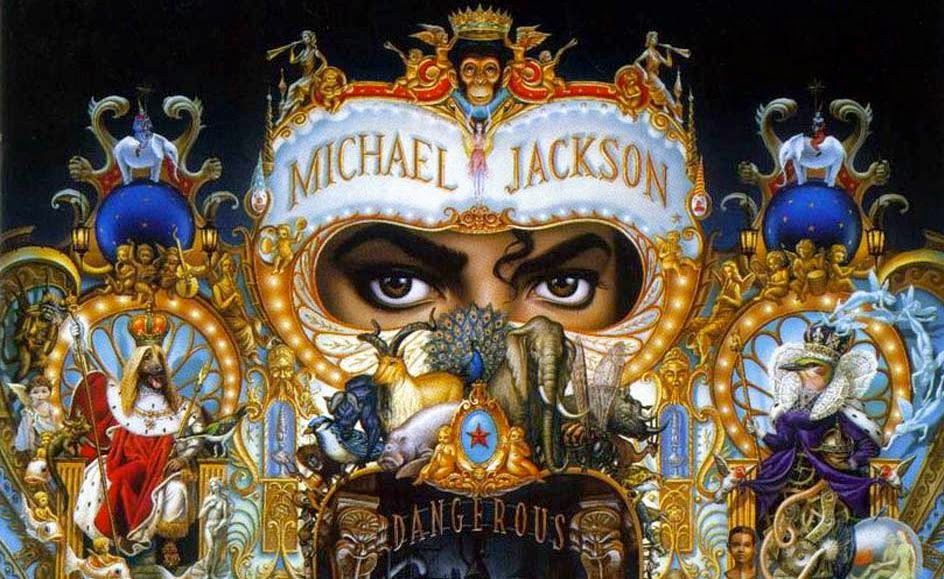 Michael Jackson was a lot of people to a lot of big things. Fashion, Film, Entertainment, Design, Business, the Media, the Law, Dance, Music, American History - each of these narratives held a pressurized place for a perceived side of him. Many of the supposed views overlapped into mystifying images, weirdly magical accounts, seemingly perverse illuminations of his true essence. At times the vast tally of speculations threatened to match combined albums sales, ticket stubs, and diehard fans. Ultimately, following 1991’s Dangerous his career faded against these astronomical standards. He was rehearsing for 50 shows in London when he met his now anatomized death. Michael Jackson became a thing to a lot of proportioning people – a freakish star caught in fame's prism, bleeding colour out.

Somewhere along a dispersive line of light moonwalks an artist of inter-spatial  and multi-generational significance. Dazedly, one could get stuck gawking at the surface chimeras of the general pyrotechnics involved, but retrospectively some critics and scholars are reflecting past the flashbulb bubbles and pixelated pixies to focus on the mature body of the work the man in the mirror left behind. Susan Fast is one of these focused people. She is the author of Dangerous, the latest, and hundredth, volume of the 33 1/3 series signalizing albums for further study. I asked her to share some of her critical moves with our book-lined dance circle.

- Brad de Roo (who in 1991 bought Dangerous as the first entry in his new allowance sponsored cd collection, chosen on the strength of the bitty soundtrack to Sega Genesis’ Moonwalker video game which he sometimes was allowed to play in his pal Pook’s basement).
BRAD MJ was one of the most popular musicians ever. Period. Why have serious studies of his oeuvre been so absent? Why has Dangerous - a monster international hit selling tens of millions of records, spawning short films, books, and world tours - been widely overlooked? 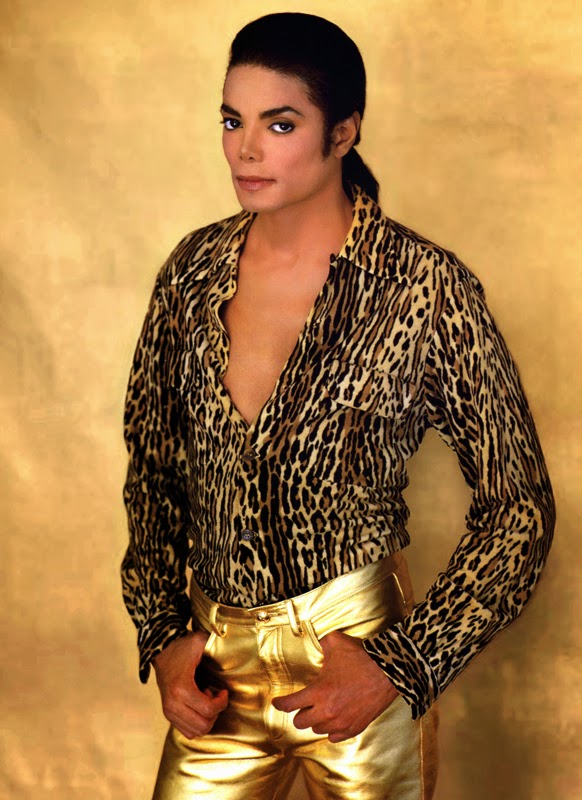 SUSAN There are a number of reasons for this. As I wrote in an obituary essay, Jackson's difference – gendered, racialized, generational – was too great for most people to really understand. When he was younger with a squeaky clean image, these differences could be overlooked, or perhaps people found them interesting and charming. But as Jackson got older and he began to find a more directly political voice, I think many people became confused and frightened by his difference. The focus was almost exclusively on the events in his life, on his perceived strangeness. Of course, once the allegations of child molestation were made, many were convinced that their suspicions about his difference had been confirmed. His career never recovered (let alone his soul). I think his work might also have been neglected because he was such a commercial artist who was brilliant at crafting music that sounds, on the surface, effortless and accessible. You might think there's not much to say about it. But if you start looking a little deeper there's in fact a lot to say. Few critics took the time during his life. Jackson wasn't hip, or “indie”, or overtly intellectual. He didn't say much about his music.

Why does he get such censure when someone like Woody Allen is widely considered to be a great filmmaker worthy of much aesthetic analysis - despite similar allegations against him?

Someone like Woody Allen is more easily readable; not as confusing, not messing with so many cultural codes all at once. That being said, there is an enormous respect for Jackson as a musician and dancer by his peers. And critics and academics are coming around, albeit slowly. It's still easy to take many of the ludicrous things that were said about him at face value.

In the book you speak of Jackson's continuation of R&Bs Soul Man persona, carrying on from where Wilson Pickett and James Brown left off as accented by glamorous Hollywood divas (glitzy clothes, hair, and makeup with bubbly voice) and perceived adoptions of white culture (straightened hair, classically oriented ballads, lightening complexion). Is this hybrid part of a greater tradition?

Musicians have always borrowed from a number of sources but Jackson is particularly interesting to consider in this respect. he was such a gifted musician that he could move effortlessly among disparate musical styles. Not all musicians can sing Broadway tunes and gritty R&B and sound convincing in both styles.

You choose to analyze the album in a chronological track by track order - organizing the chapters in sequential sections clustering songs by theme or feel. Chapter 1 is Noise, 2 is Desire, 3 is Utopia, 4 is Soul followed by a brief coda entitled Dangerous. What brought you to this form?

I think the songs on the album lend themselves to this kind of grouping. Jackson seemed to be interested in exploring a theme through a group of songs on this and later albums, examining an idea from a number of different musical perspectives.

Do you think the chapter subcategories apply beyond the album to MJ's larger artistic career?

Yes; I think the chapter headings do pertain to Jackson's life more broadly, and I explore that. For example, in the chapter called “desire”, I talk about the ways in which Jackson's sexuality, was, and still is, called into question by critics – not only his heterosexuality; he was regularly called asexual or, by one critic “pre-sexual”, whatever that means. This is very different from the ways in which many fans understand him – as a very sexy guy. I explore this in some detail because there are many songs on this record that deal with love, romance and sex – many more than on previous albums. 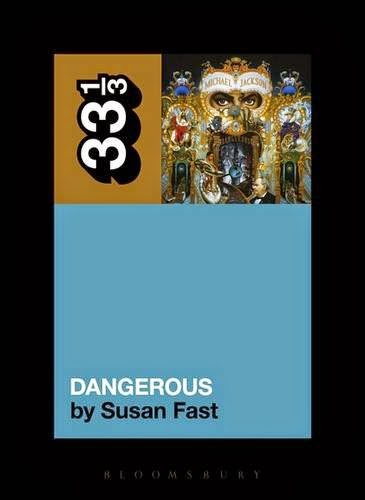 Does pop culture’s move away from long-play statements complicate a critic's attempts at locating historical or cultural identities?

The great thing about the 33 1/3 series is that it offers an opportunity to go back to albums as a whole. Many of us don’t listen in this way anymore. This is neither good nor bad - there are many ways to listen to and appreciate music - but artists often had, or still have, and overarching idea for an album and it can be interesting to take that into account.

What do you think of the posthumous releases, Michael and Xscape? Are these after death hybrids of old tapes, new guests, and modern production in keeping with the artistic force of Dangerous?

I'm not fond of them. The demos that were released with the deluxe version of Xscape are wonderful to hear; many of them have been floating around on the internet for years. I think Sony should have released them as part of, say, the 25th anniversary re-issue of Bad, or the re-release of the one of Jackson's other albums. The “contemporized” versions of the demos leave me cold. That's in part because I don't think the producers really captured the essence of a Michael Jackson song, especially his nuanced sense of rhythm. I'm not interested in what L.A. Reid or Rodney Jerkins thinks a Michael Jackson song should sound like; I'm interested in what Michael Jackson thought they should sound like. But it's also clear that Jackson despised Sony and wanted nothing more than to be free from that company, yet here they are making money off his name when he's dead (and when he died under enormous pressure to make these big companies a lot of money).

Wow, that's difficult! Really, I can only bring 5?

I created a playlist shortly after Michael's death that never seems to get old; I'm still listening to it five years later a lot. It's my go to mix. The first five songs are: “Shake Your Body (Down to the Ground)”- extended; that's a Jacksons' song, written by Michael and Randy Jackson; “Wanna Be Startin' Something” from Thriller; “Another Part of Me” - live version from Wembley, 1988 (ok, I guess that's been added more recently; “Smooth Criminal” and “Dangerous”. The next song on that mix is “Blood on the Dance Floor”, which is pretty wicked too and part of his later, less well-known, repertory that deserves a listen. Of course, that doesn't include any ballads; I have a different mix for those and because Jackson's ballads are so amazing, I'm going to take the liberty of cheating and listing five of those as well: “Human Nature”, “Smile”, “Stranger in Moscow”, “ Earth Song (not really sure this counts as a ballad) and “Speechless”. Really, if you haven't listened to Michael Jackson beyond Thriller and Bad, you're missing out on a tremendous amount of amazing music.
Posted by Bookshelf Blogs at 10:00 AM