Men In An Icy Land 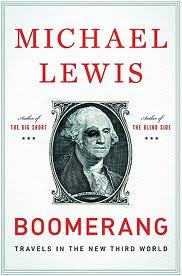 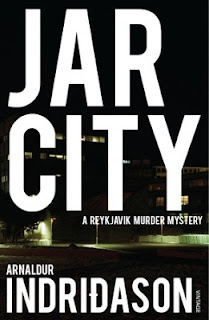 I'm not sure if I believe in national character, but Michael Lewis and Arnaldur Indridason certainly do. Last month Norton released the paperback version of Lewis's Boomerang, an expose of what happened in five countries (Iceland, Ireland, Greece, Germany, and the U.S.) before, during, and after the global financial crisis. In 1990 Lewis wrote Liar's Poker, which warned of the unsupportable structure and downright subterfuge of Wall Street. Now when he talks people listen.

Indridason is Iceland's most popular writer, and his character Detective Erlendur exposes all that is rotten in the state of Iceland. Neither writer, though, has dissuaded me from my desire to visit this very small country of three hundred thousand people.

Lewis assembles a vigorous case against the men of Iceland. Pre-crash, virtually all business and political leaders were men, most of whom he describes as "mousy-haired and lumpy." In the 1970s they were fishermen whose overconfidence and lack of foresight got them into trouble: catch the maximum number of fish with the minimum amount of effort. This led to falling prices and depleted stocks. It wasn't long before some of these hyper-masculine fishermen morphed into smooth-talking bankers who created such a huge false bubble about Iceland's economy that it went down faster and more furiously than any other.

In Jar City, the third of Indriason's eleven Erlendur novels, a recluse is murdered in his house. Detective Erlendur is a lonely, unhealthy workaholic, complex and full of contradictions. He hasn't seen his ex-wife in twenty years and he has a daughter and a son who are drug addicted and difficult, and cause him a lot of grief. Late at night while he eats his frozen dinners, he constantly bemoans the state of Iceland's male citizenry. Often working on gut instinct, he slowly builds up his theories, philosophizing about this and that along the way. This really bugs his testosterone-filled co-working cops, who always want to settle for the easiest answer. In this case his patience leads him to uncover a terrible crime committed years ago by the recluse whose murder he is investigating.

While you might think that these writers sound like they're stereotyping Icelandic men, they both have an alternative theory about how to solve Iceland's problems:  let the women of Iceland rule and things will be much better. Before 2008 the women of Iceland were very skeptical about the meteoric rising of their economy. Since 2008, there has been a flood of women into banking and business. Iceland now has a lesbian head of state, and in general things are beginning to turn around. This is not by chance. As for Indridason, most of the few positive characters in his stories are women. Erlendur treats them all with respect and listens carefully to what they have to say, even his own addicted and troubled daughter. Who would have thought that economic history and police procedurals would have so much in common!


Posted by Bookshelf Blogs at 6:14 AM