Having read the first eight books on my “Must Read” agenda, I was beginning to notice a bit of a pattern. Each “round” seemed to present one book with which I was enthralled, one that was diverting but not fantastic, one that was better than I’d expected, and one that was a relative disappointment. What did this pattern mean? Was it a sign? Was it irrelevant? I read on. 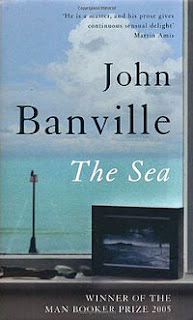 I began with John Banville’s The Sea, which was a bit of a slow burner until I settled into his exquisitely poetic style. The story was more melancholy than those I am typically drawn to, but I fell in love anyway. I’d never read Banville before this, and, noting that he had several other titles on The List, I was very eager to discover his works beyond this Booker Prize winner!

My next book was a disappointment, as it was the first book I abandoned before completion. Fifty-odd pages into Neal Stephenson’s Cryptonomicon, I had to admit defeat and give it up. I’d had the best intentions--really, I did--but having stumbled my way through the first few chapters with nary a clue as to what was going on, I knew that things weren’t working out between the two of us. And it was really a shame, because Stephenson is one of the behemoths of science fiction and I wanted to lose myself in his fantastical world. Perhaps this is one title that warrants a re-visit. 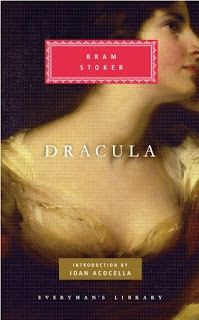 Thankfully, the third book from this round was the exact opposite of regrettable. I cannot say enough great things about Bram Stoker’s Dracula. If I could reiterate some of my statements regarding H. G. Wells: never underestimate the classics when it comes to delivering genuinely terrifying and creepy stories! Even after all of the re-imaginings of and so-called homages to this vampire story, the original still has the power to disturb and thrill. A must-read for all! 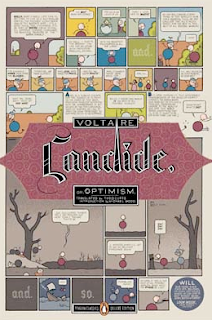 The last book from round four was Voltaire’s Candide, which was a funny little story about a ridiculous person. I found it to be a light-hearted, easy read--a pleasant surprise, since my last two forays into the eighteenth century (The Monk, The Sorrows of Young Werther) dealt with serious subject matter much more seriously. Voltaire’s classic is a wonderful satire.

Twelve books in, I was officially committed to the madness and wonder of The List.

Bookshelf Home
Bookstore Page
Posted by Bookshelf Blogs at 7:02 AM