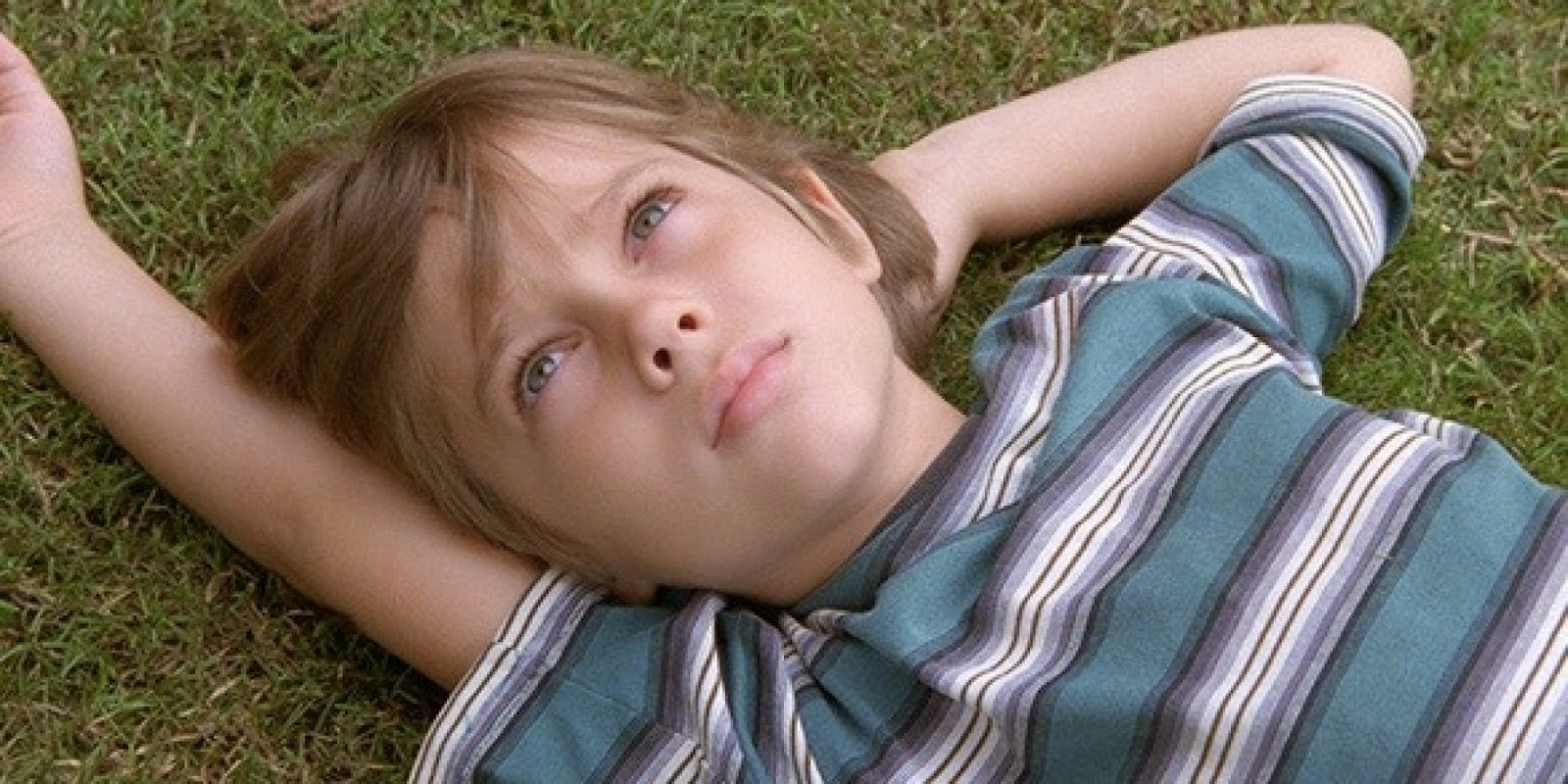 People sort of forgot how important Richard Linklater was for a while there. His first movie, the generation- and genre-defining Slacker, has been somewhat obfuscated by the peripatetic, pontification-rich glut of American indie cinema it helped usher in; his follow-up, Dazed and Confused, a similar kind of relay narrative about the end of the 70s, was mostly embraced as a nostalgic stoner-fest remembered more for its soundtrack and its McConaughey; Before Sunrise felt like it was a calmer return to the wandering pondering of Slacker, though much more romantic and no less heady. A production of Eric Bogosian's SubUrbia and an historical piece about a band of brother bank robbers closed out the 90s. The new century opened with the trippy, rotoscoped Waking Life, which called back to most of Linklater's previous films. After that, Linklater seems to become unmoored throughout the 2000s. He did the Jack Black vehicle School of Rock, another play-on-film, Tape, a sequel to Sunrise, a remake of Bad News Bears, an adaptation of A Scanner Darkly. As a fan, it was hard to make sense of what Linklater was up to. Then, around the release of the perfectly fine, but very un-Linklaterly Me and Orson Wells, I came across some vague mention of the director being halfway through a film that meant to capture maturation in real time.

I encourage you to block out whatever hindering, dated contexts that might mar his early filmography, and take some time out to seriously watch Linklater's first three films again. Slacker, Dazed and Confused, and Before Sunrise all take place over a day. I can't think of better filmic example of what it feels like to be casually present, alive in a time and a place. A lot of people find Slacker needlessly highfalutin, but it's basically Dazed and Confused with a larger cast, less-linear story (well, any story) and less-catchy soundtrack. It's still about doing nothing, and how revealing and engaging that slacking can be. Better than any North American filmmaker of his generation that I can think of, Richard Linklater makes time in film feel real. Before Sunrise actually feels like staying up all night, wandering, running on fumes.

Rounding out his Celine and Jesse story with last year's Before Midnight, Linklater reclaimed some of the latent respect he deserved. 2004's Before Sunset felt more like a nostalgic revisiting of ideas and characters of the '95 film, but when it was fleshed out with the third film in 2013, the full weight of the project settled in. It was one thing to see these characters/actors visibly age, but a whole other thing to see their worldviews age along with them, to see Jesse turn more maudlin, Celine turn more realistic. These are changes not connected to conventional plot, to the wants of the characters, but to the meandering progression of life itself. Linklater shows us these two people grow naturally over twenty years, untethered from the dramatic structure.

Linklater spoke of the "Before" trilogy as though it were a bit of lark, like a camping trip taken with friends every few years, but the result was a fairly grand expression of his ideas about time and character that have been on simmer throughout his films. Now, with Boyhood, Linklater has produced--very casually--an articulate, entertaining summation of the whole lot of it. He's gone from a-day-the-life to all-the-days-in-a-life. 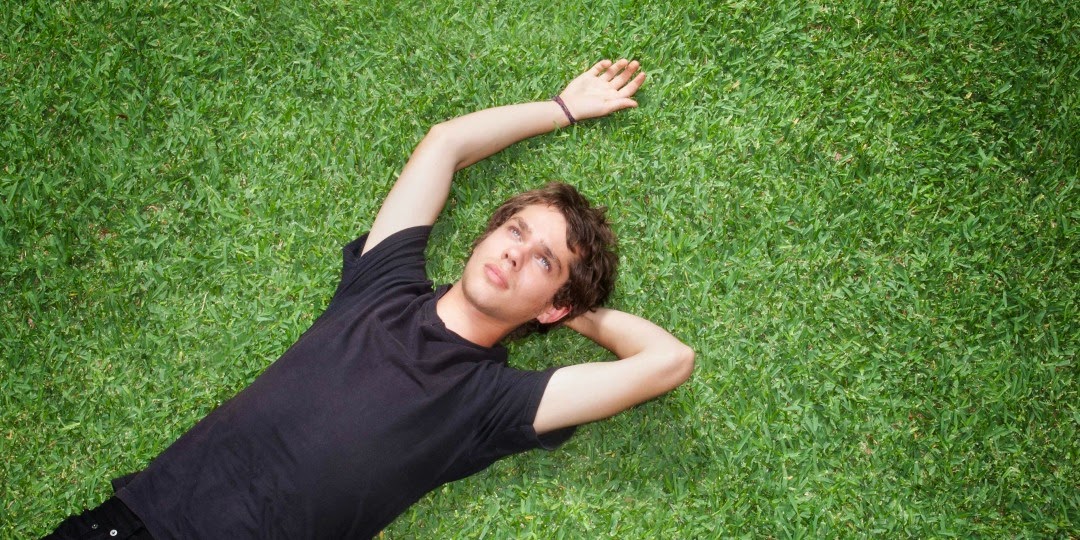 One of the most charming aspects of Linklater's films are their tone of equanimity. The director himself is a pretty laid back dude, very humble about his errands. Boyhood doesn't announce the enormity of its undertaking. Like life itself, it's just kinda there. The brilliance of it--"it" standing in for both the film and life itself--comes through no major event or affect, but through the passive accumulation of images and experiences.

It's inevitable that the story behind the project overwhelms discussion of what happens in the movie, because not a whole lot happens. Mason and his sister (Ellar Coltrane and Lorelei "The Director's Daughter" Linklater) come up in a divorce cloven family. Their father (Ethan Hawke) pulls up in his muscle car from time to time, does his best to be an awesome dad, while their mother (Patricia Arquette) struggles, not always successfully, to make a good life and a good environment for her family. It's twelve years of a regular--so, you know, quietly monumental--life. Had Linklater tried to tell an epic, sprawling story over these twelve years, the result would probably have been contrived and verbose. The best comparison I can make is Alice Munro's connected collection Who Do You Think You Are?, where the events--marriages, deaths, divorces; the focal points of other books--are relegated to the space between stories. In this way, we feel the effects of major events, without bother with the dramatic demands of them. We're shown, not told, is another way of saying it.

In his best outings, Linklater treats time like a ride we're on. Slacker opens with the director himself watching the sun come up on Austin from a bus, or there's Mitch driving around, hopping from car to car, scene to scene, in Dazed and Confused, or Celine and Jesse watching Europe blur pass from a train in Before Sunrise. Linklater knows we're mostly passive passengers ambulating through our lives, though time. Maybe what sets Linklater apart from other artists who deal with this ride is he doesn't treat it as profound, but as regular, while still finding it beautiful, leaving it up to us to perceive and chew on the profundity. 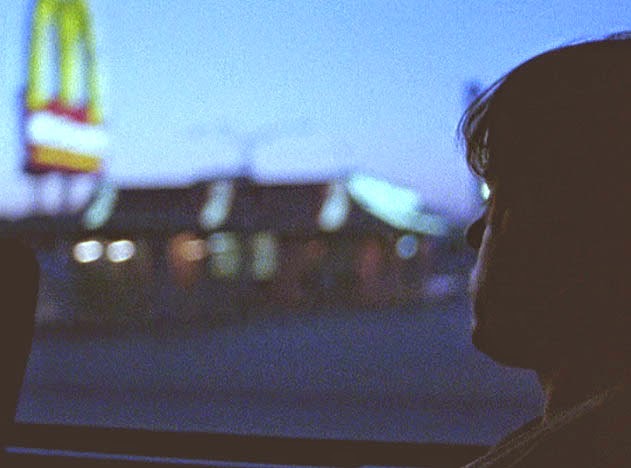 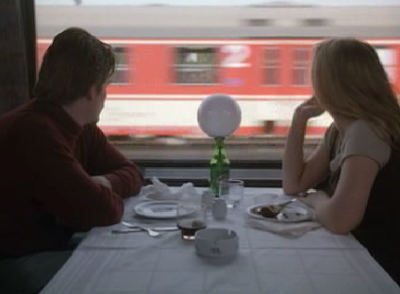 Boyhood, too, is full of watching. Linklater here pulls off some casual version of Spielberg's notorious backwards reveal shots, where we see the characters reaction to the stunning thing before them--dinosaurs, say; or a mountain they've been having visions of--before we're shown the thing itself. The first shot of Boyhood is of Mason splayed on the grass, looking up, a position he'll be in for much of the movie, watching life occur around him, gradually organizing it, making sense of it--more an observer than a participant. We never get inside Mason's head, but we don't need to; we've been there.

Linklater's film of time's passage could just as well be called Parenthood. The focus is on Ellar Coltrane, who was cast at the age of six and is eighteen when we leave him. But in the background is Patricia Arquette, who, as the mother, would seemingly be the driver, but is as much of a passenger as anyone else. As the viewer, we're almost in a parent's position, watching this boy age unabated. I kept tearing up throughout the film--not on account of any specific "events," but I think because there's something so subliminally emotional about seeing people age twelve years in three hours. I'm a young guy, sorta, and it's only since becoming an uncle, and having friends begin to have children, that the acceleration process has started to show itself, and I find myself, more than ever before, wondering where all the time goes.
Linklater catches that winsome ache in Boyhood, but he doesn't make a big deal of it.