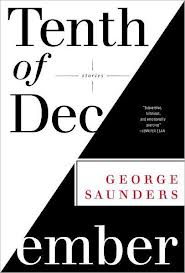 So, the ginger's out of the bag.

Thanks to a laudatory, sometimes gushing profile in a well-known New York paper, and a nationally broadcast chit chat with Charlie Rose, the secret of George Saunders's sheer awesomeness is no longer a secret. Not that those of us who've been reading Saunders for a while now have been trying to keep the guy under any kind of wraps. Anyone sporting wood for contemporary short fiction will eventually demand you read him; if you can get out before this recommendation careens into proselytizing, consider yourself lucky. The aptest analogy I can conjure for this fandom is that Twilight Zone episode where William Shatner spots a gremlin on the wing of his plane. For years we nerds have been insisting that George Saunders is messing around out on the wing of literature. With the recent press surrounding Saunders's Tenth of December, the plane appears to have landed and now everyone can assess just how much monkeying that little guy has been up to all these years. 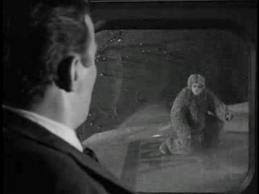 With the appearance of CivilWarLand in Bad Decline in 1996, Saunders drew apt and long-lasting comparisons to Kurt Vonnegut. In Saunders, as in Vonnegut (well, his early work, really), we find everyday schnooks struggling to comply with and understand a world that is becoming more and more unrecognizable. Saunders's near futures are gadget-rich and glutted with brands. In the story "Escape from Spiderhead," criminals are used as test subjects for drugs that bend emotion and intelligence, testing how genuine and alterable any of our basest experiences are. In "The Semplica Girl Diaries," refugees from the second and third worlds are hung as decorations, proof of one's status and success. In those stories that don't reach so far into America's branded future, Saunders spends his time in the fantasies of his characters and narrators—dreamers, usually outsiders, with broad, wonderful ideas about themselves that they strive to superimpose on a bleak and cold reality.

The rejection of these graphs by the "real" world is where the deep heartbreak lives in stories that can otherwise read as kooky or jouncy. Here's chubby Robin in the eponymous story, who heads into the woods to battle the imaginary Nethers, who, he decides on the way, have abducted the new girl in his home room, Suzanne Bledsoe:


The twerpy thing was, you never really got to save anyone. Last summer there'd been a dying raccoon out here. He'd thought of lugging it home so Mom could call the vet. But up close it was too scary. Raccoons being actually bigger than they appear in cartoons. And this one looked like a potential biter. So he ran home to get it some water at least. Upon his return, he saw where the raccoon had done some apparent last-minute thrashing. That was sad. He didn't do well with sad. There had perchance been some pre-weeping, by him, in the woods. 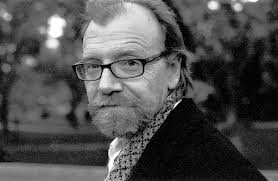 Tenth of December is the polished product of a short story writer who has kept writing short stories. In nearly twenty years he has collected roughly 1,000 pages of fiction. The form has a reputation for being mostly a stepping stone towards novels, and while this isn't an absolute observation, it's often the case. Partly the reason is economic (short stories don't really sell as collections, and there are fewer and fewer print venues to sell the things); the other, shadier reason points to a general opinion of short stories as simply being a lesser form than those big, honking, rambling novels. The former point is the sad fact, the latter a seriously unfortunate canard. The sometimes-novelist but more often than not short story writer Steven Millhauser writes—in an essay in that same paper that loves Saunders—

Large things tend to be unwieldy, clumsy, crude; smallness is the realm of elegance and grace. It’s also the realm of perfection. The novel is exhaustive by nature; but the world is inexhaustible; therefore the novel, that Faustian striver, can never attain its desire. The short story by contrast is inherently selective. By excluding almost everything, it can give perfect shape to what remains. And the short story can even lay claim to a kind of completeness that eludes the novel—after the initial act of radical exclusion, it can include all of the little that’s left.... If you concentrate your attention on some apparently insignificant portion of the world, you will find, deep within it, nothing less than the world itself. In that single grain of sand lies the beach that contains the grain of sand. In that single grain of sand lies the ocean that dashes against the beach, the ship that sails the ocean, the sun that shines down on the ship, the interstellar winds, a teaspoon in Kansas, the structure of the universe. And there you have the ambition of the short story, the terrible ambition that lies behind its fraudulent modesty: to body forth the whole world.

The trouble with condensation of the world, as Millhauser describes, is that a lot of the magnification work is left up to the reader. I try not to say this, for fear of being seen as some sort of snob or dick, but I think it's this shared effort that keeps the meat of readers away from the short stuff. What's called reading is more often than not plot collecting.

But I think the reason that Saunders is currently poised (thanks to the help of the media) to "get big," is because such work has never been this fun. It's going a bit far, I think, to call this book, or any book, The Best. But I understand the gushing, the push towards hyperbole. Tenth of December is an awesome book, and I can at least promise you that it will be the best book called Tenth of December that you will ever read.


Bookshelf Home
Bookstore Page
Posted by Bookshelf Blogs at 7:17 AM