REVIEW: IN THE LIGHT OF WHAT WE KNOW by ZIA HAIDER RAHMAN 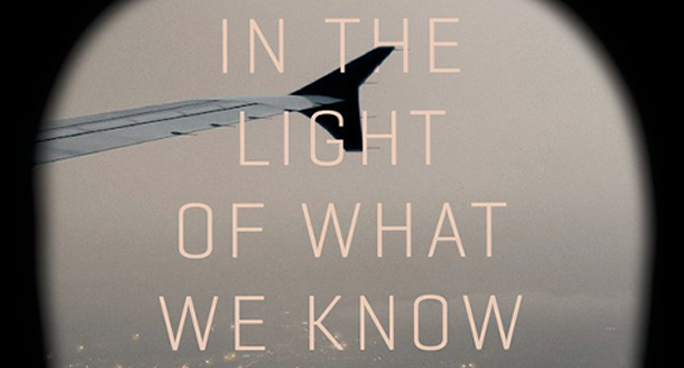 How often are Kurt Gödel’s Incompleteness Theorem, an analysis of the 2008 financial crisis, and the iniquities resulting from the West’s invasion of Afghanistan discussed in a single novel?  There is all this and more in Zia Haider Rahman’s amazing debut novel.

Does anyone else catch a whiff of Donald Rumsfeld in the title?

Outwardly, In The Light of What We Know is the story of two South Asian friends, both educated at Oxford and Harvard (I know, this really is too much for the rest of us mere mortals, but it does mirror the author’s personal experience) and thereby condemned (if that isn’t too strong a word) as conscripts in the army of Enlightenment. Here the similarity ends. The unnamed narrator, of Pakistani heritage, is born into a loving home and the privilege of wealth; while Zafar, a Bangladeshi, conceived in the most violent circumstances, from an immigrant working-class family, is the true exile. It is September 2008, our narrator, an expert in collateral debt obligations, is being consumed by the global financial collapse, not to mention a failing marriage. One day, after an absence of seven years, Zafar shows up on his doorstep. The proximate causes for this absence, told through repeated digressions like peeling back the layers of an onion, evoking Conrad and Greene, make this novel utterly intriguing and shocking.
It is a novel of ideas - from subatomic particles, free will and the nature of reality, to the politics of the 1971 war that gave birth to Bangladesh. But at its core is the yearning for belonging and the inevitable feelings of betrayal, anger - the anger of the exile, the outsider, the colonized and oppressed – and violence that ensue, when that longing is extinguished.  Look for a Booker nomination. You read it here first!

- Brian
Posted by Bookshelf Blogs at 5:44 AM