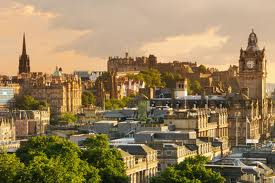 Last April I booked a much-needed trip to one of my favourite places on earth, Scotland. After living in Edinburgh years ago, I developed a taste for fine single malt and the occasional haggis when I can find it. Subsequently, my cravings for all things Scots started to build: Urge for a re-watch of Trainspotting...check. Daily music by Mogwai (Ian Rankin is an addict as well),  Belle and Sebastian, Franz Ferdinand, and Camera Obscura...yes please. Uses of lingo such as tattie, cannae, braw, aye...resurrected!

One of my top ten songs of all time!

It was also to my intense delight that Irvine Welsh's Skagboys, the prequel to Trainspotting, fell into my hands at this time. It's a beast of a book, and patience and encouragement were strongly needed to wrap my mind around Welsh's Scots street-slang style. Making the temporary switch from coffee to tea and stuffing my face with stale Jammie Dodgers (from the import shop), the days before my flight could not have moved any slower.

What is it that sometimes makes even the most mundane thing trigger overwhelming feelings of joy and happiness or bring on the absolute gut-wrenching reverse?

In Edinburgh, these triggers kept coming out of nowhere and time seemed to slow: walking up the steps of a double-decker bus, a sip of tea (which always tastes better when made by someone else), the smell of a damp close, the first time someone said "ta" (thanks) or called me "lassie." My romanticized notions of this city where I used to live were bittersweet. A goodbye of sorts, walking the streets I used to walk daily, but this time taking care to savour each step.

On my last day, wandering alone through the Grassmarket I stumbled (as you occasionally do in Edinburgh), upon a bookshop whose name I do not know because their sign wasn't made yet. It was a new, small, and magical place, painted white with three long, tidy shelves at eye height with an art gallery at the back. The stock was low but very good, as if it was a store entirely made up of our staff picks. I perused for a while, excited about the selection of books my co-workers and I adore and their beautiful UK covers, which differ so greatly from the sometimes humdrum North American ones. I asked the shop owner for a store bookmark (they were also being made), and she placed my goods in a plain brown bag hand-stamped with a black hare.

Along with a gift , "Keep Calm and Ceilidh On," I bought Jennifer Egan's A Visit from the Goon Squad, which had been on my list for a while.

As I cracked it open on the plane I smiled as I read the quote at the beginning:

Poets claim that we recapture for a moment the self that we were long ago when we enter some house or garden in which we used to live in our youth. But these are most hazardous pilgrimages, which end as often in disappointment as in success. It is in ourselves that we should rather seek to find those fixed places, contemporaneous with different years.

Posted by Bookshelf Blogs at 7:00 AM