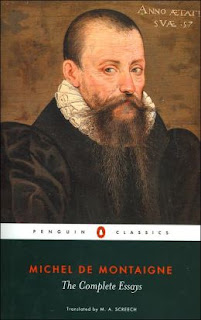 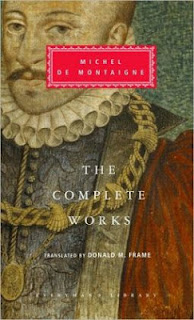 Imagine you’ve been granted your wish of hosting a dinner party to which you can invite any writer, living or dead. But things are going badly. William Shakespeare and Sam Beckett stare blankly at each other. Salman Rushdie looks utterly bored as he listens to Ralph Waldo Emerson prattle on. Virginia Woolf and Henry Miller are exchanging heated barbs. You stare at your appetizer, wondering how to rescue the situation.

Suddenly a late guest arrives (he would be late). He doesn’t look promising—a sixteenth-century Frenchman—but in a moment he’s sweeping around the room, amazing the party with his erudition and worldly wisdom, disarming everyone with his soul-baring honesty, entertaining with anecdotes both ribald and profound. There’s nothing he doesn’t have an opinion about, but somehow he doesn’t have that “me me me” air most opinionated people have. In fact, he’s set your party on fire. Things are hopping and people just can’t stop talking to one another. Hours later, as the guests are playing caps (or maybe a rollicking round of the Jane Austen drinking game), the conversation drifts to whom everyone would invite to his or her ideal writers’ party. And it’s no surprise that even before your invitations went out, your late guest was already at the top of everyone’s list—famous among the famed. His name: Michel de Montaigne. 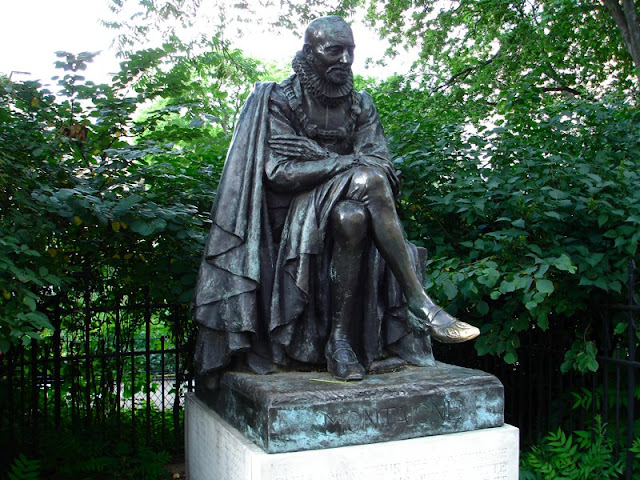 Montaigne announced that “Every man bears the whole stamp of the human condition,” and his Essays, arguably the most penetrating and revealing self-portrait of a human being ever written, demonstrate that. His pieces run the gamut from the trivial (“On Smells”; “On Thumbs”) to the profound (“To Philosophize is To Learn How to Die”; “On Freedom of Conscience”). He writes frankly about friendship and sex, arguing provocatively for the advantages of having both a spouse and a lover—for both men and women. He ruminates on disease, lying, books, education, customs, and aging. His book is thick because life is large. And in an era when dogma drove Protestants and Catholics into mutual slaughter, there was nothing Montaigne didn’t question. He inveighs against cruelty in all its forms and compares Frenchmen and cannibals, to the advantage of the cannibals. As the title of his work suggests (Essais, meaning attempts or tries), Montaigne doesn’t claim to have the truth. In fact, he baldly states that it doesn’t matter if he’s right or wrong on the many subjects he probes. Rather, his aim is to reveal accurately the dance of his own mind as he contemplates them: “I myself am the subject of my book.”

The one constant in this vast array of topics is Montaigne. Four hundred years stand between him and us, and perhaps the greatest shock of reading the Essays is how thoroughly time and distance are erased when another human being stands stripped so completely bare before us. By the time you turn the last page, you will know him better than you know many of the people you’re surrounded with day by day. Whether you choose the classic Donald Frame translation with its elegant prose or the M. A.Screech translation with its more muscular, vigorous voice, you will be entertained, educated, and, yes, befriended.

p.s. For a taste of what the essays have to offer, see this collection of Montaigne quotations.

This is an expanded version of a review that ran earlier in Off the Shelf.