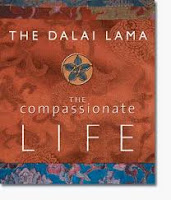 I recently attended one of the talks hosted by Philopolis Guelph. The speaker, John Hacker-Wright, was expounding on Nietzsche’s views on compassion. Loosely paraphrasing, Nietzsche thought that most, if not all, compassion is rooted in self-interest. He provides several examples that explain our so-called altruism as ultimately self-serving. For instance, we can feel powerful and good about ourselves when we stoop down to help someone else, or take action to help relieve our own distress when we see someone else who is suffering. To this I would add the motivation “I’ll scratch your back if you’ll scratch mine.”
Initially I recoiled from the arguments of Nietzsche and his rant against empathy. Through my own experience, my Tibetan Buddhist contacts, and a growing body of scientific evidence made possible through brain imaging, I have no doubt about the real possibility of compassion. However after reconsidering it, I found that his position failed as an argument against empathy, but works effectively as a tool for examining and clarifying our own motives for helping others. Nietzsche can then help us be clear about our being truly compassionate or self-interested as circumstances require.

- Ken
P.S. Philopolis is a group of philosophers from the University of Guelph who hope to bring their discipline to the broader public. This year they hosted several talks throughout the day at The Bookshelf and Planet Bean ranging from “Philosophy for Children” to “Cognitive Biases and the Illusion of Selfhood.”

Posted by Bookshelf Blogs at 6:09 AM