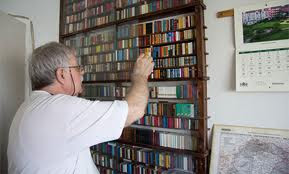 In western literature, size matters. The canon is loaded with sprawling poetic epics (the Iliad, the Odyssey, Paradise Lost, Wordsworth’s Prelude, Pound’s Cantos, Zukofsky’s A, etc.) and multi-volume doorstoppers (Ulysses, Anna Karenina, Middlemarch, Infinite Jest, and so forth). Of course, there are exceptions, but certainly very little approaches the concision that is characteristic of much classic Japanese literature. Sure, if you’re carrying around Murasaki Shikibu’s mammoth and involving Tale of Genji in your pack then you’re going to need a tumpline, but many of the East’s most famous works can be printed out and tucked unfolded into your wallet. The classic exemplar is the haiku. For instance, see Basho’s famous poem

The old pond;
A frog jumps in--
The sound of the water

A lonely pond in age-old stillness sleeps…
Apart, unstirred by sound or motion…till
Suddenly into it a lithe frog leaps.

In fact, you can find a hundred different translations of Basho’s seventeen syllables in Hiroaki Sato’s One Hundred Frogs! And certainly anyone interested in Haiku can peruse a variety of works, from R. H.  Blyths’s magisterial and hard-to-find four-volume collection of Japanese haiku to modern anthologies of international haiku such as William Higginson’s Haiku Handbook to, for that matter, the GNU foundation’s hilarious collection of haiku error messages. 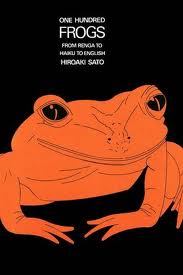 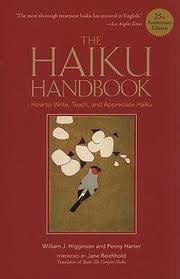 To my mind, though, Page's translation of Basho misses the point. There’s an old story about a novice Zen monk meeting an older monk at a riverbank: when the young monk asks the older one how the water is, the old monk wordlessly shoves the younger monk over the bank and into the river. Haiku, and the poetic forms related to it in the west and east, do much the same—they just push you over the edge; you figure out how the water is.

Until recently, this degree of concision has been characteristic only of poetry, but lately it’s been creeping into prose fiction as well. Ernest Hemingway began the tradition of the six-word story with this famous tale:

From there the six-word story took off, including a collection in Wired magazine that features authors from Margaret Atwood to Josh Whedon, and multiple anthologies, including Not Quite What I Was Planning: Six-Word Memoirs by Famous & Obscure Writers and many others.

And if six words is a story, 140 characters must be a novel. Sure enough, the Guardian has published a collection of Twitter fiction by well-known authors. Of course, if you’re the really ambitious type, thirsting to tackle the War and Peace or Gormenghast of contemporary micro-fiction, there are always anthologies like Flash Fiction or Sudden Fiction: American Short-Short Stories which feature tales that may stretch out for entire paragraphs or even pages. But don't be intimidated; if you go at them in small chunks, they’re manageable. 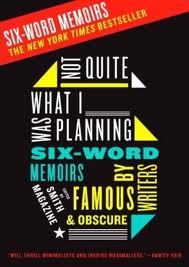 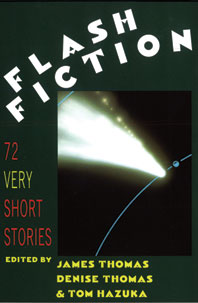 On the negative side, it might be that, besotted with the evanescence of the Internet and plagued with shrinking attention spans, we can no longer sustain the attention necessary to plow through longer works. Or, on the positive side, maybe contemporary culture has made us more open to seeing the potential profundity even of ephemeral things and tiny narratives. Either way, we're now living in the age not only of nanotechnology but nanonarratives.

Posted by Bookshelf Blogs at 6:16 AM