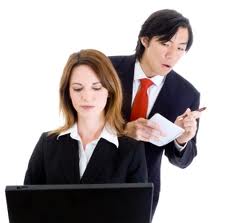 There’s no reason that data miners, those intrepid digital demographers, should leave readers in peace when they already burrow into every nuance of our social networking, net browsing, and game playing. Neil Postman once remarked, comparing Orwell’s dystopia with Huxley’s, that it was Huxley who got it right: in western societies in any case, social control takes place not through oppression, but through happiness. Orwell imagined that the government would have to install cameras in every crevice in order to gather intelligence; Huxley knew that, properly conditioned—and in order to be better served—we’d happily, even eagerly, reveal our every secret. So did this summer's Wall Street Journal article on e-readers and data mining make any difference in the explosive growth of e-readers? Likely not any more than NPR's 2010 article on the same subject did, though it may have given a few buyers and owners pause.

Briefly, e-readers collect and transmit data on their users’ reading habits and transmit them back to the mothercorp (Amazon, Google, Barnes and Noble, Apple): what books you’ve purchased, whether you’ve finished a book and where you abandoned it, how long it took you to read it, whether you skimmed or skipped certain passages, what lines you’ve highlighted or noted. Alone in your La-Z-Boy with your paperback, nobody knows if, unable to delay gratification, you’re skimming that long artsy description of an apartment’s decor to get to the hot scene between protagonist and significant other. Not only will e-book companies know that you’ve skimmed, but they’ll sell that data to publishers so that they can tell their authors to cut it out with the description already and cut to the chase. Apparently many authors, eager to give you just what you want, are overjoyed to have access to these demographics, but in the rare case the author objects, editors will at last be able to counter the vagaries of artistic ambition with cold, hard data. In fact, if stats show that a particular book lags in certain passages, it’s easy to quickly pump out a revised digital edition that better meets readers’ needs, and if readers’ needs change again, well, digital texts are written on water. It could be that in the not-too-distant future, readers will be the writers, and every text we read will be a mirror in which we see our own image. O brave new world!

Posted by Bookshelf Blogs at 5:27 AM